Attending Temple dog, "Woof" ("Walkingstorm", according to the Pagan News name-generating app) assisted the Temple during the 2009 and 2010 podcast season as "the rune-picking dog"; a simulation of the ancient Fortuna Primigenia oracle, when he was a youngster of seven years age.

He lived a very long life, much of it happy. On his last day, he had a smell of the first rose of spring from a young rose bush, and a bit of his favorite meal before passing (of natural causes) in the arms of his loving human companion.

Woof is shown here in 2009, sharing his sparkling personality, along with his mother. 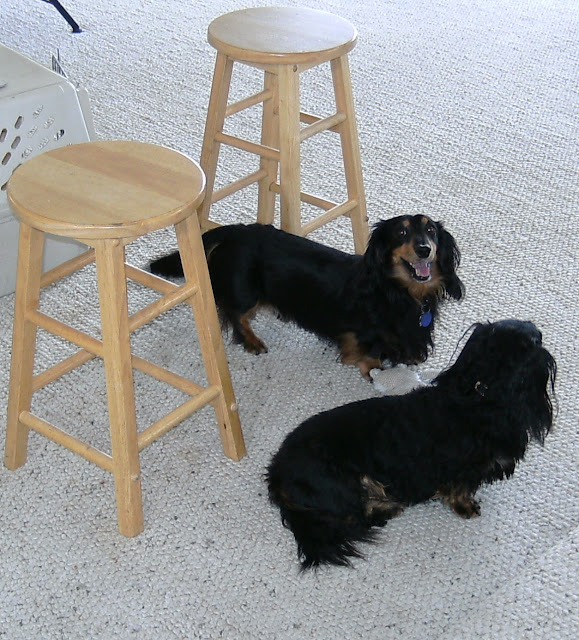